Do You Need Access to the 2020 Rose Bowl Game and Pre/Post Parties? 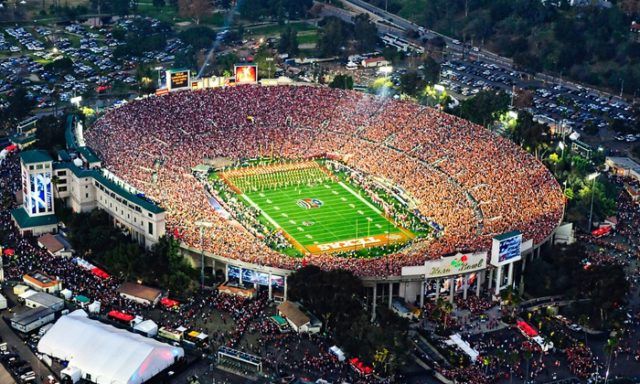 We can get you Rose Bowl tickets!  Even if tickets are unavailable Millionaire’s Concierge can always get you in. Don’t let a lack of tickets stop you from experiencing one of America’s great sporting event in action.

Millionaire’s Concierge is proud to bring you several customizable packages for this year’s Rose bowl. In addition to Airfare, Lodging and Game Tickets, your package can include any of the following:

The first Tournament of Roses football game, which was the first post-season football game in the nation, was staged at Tournament Park on January 1, 1902. The game matched the West Coast’s Stanford against Midwestern Michigan. (The teams would later become members of today’s Pac-12 and Big Ten conferences, respectively.) Michigan routed Stanford, 49-0, prompting the football contest to be replaced with Roman-style chariot races inspired by the literary classic Ben-Hur. Football was permanently reinstated as part of the Tournament’s

If you want to let loose and live it up like a true VIP, we have exclusive access to the hottest Rose Bowl parties.