Get VIP Access to The 2018 Gotham Independent Film Awards 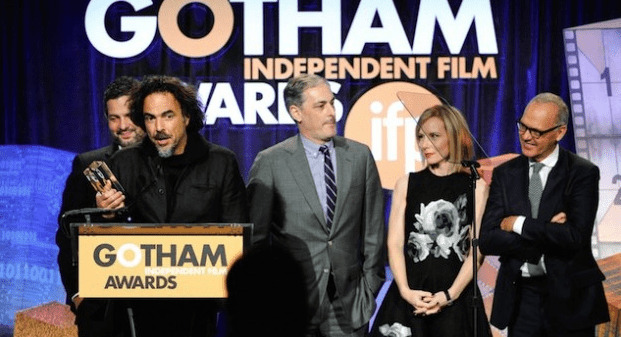 The Gotham Independent Film Awards, selected by distinguished juries and presented in New York City, the home of independent film, are the first honors of the film awards season. This public showcase honors the filmmaking community, expands the audience for independent films, and supports the work that IFP does behind the scenes throughout the year to bring such films to fruition.

After debuting with a program in the 1979 New York Film Festival, the nonprofit IFP has evolved into the nation’s oldest and largest organization of independent filmmakers, and also the premier advocate for them. Since its start, IFP has supported the production of 7,000 films and provided resources to more than 20,000 filmmakers’ voices that otherwise might not have been heard. IFP believes that independent films broaden the palette of cinema, seeding the global culture with new ideas, kindling awareness, and fostering activism.

Currently, IFP represent a network of 10,000 filmmakers in New York City and around the world. Through its workshops, seminars, conferences, mentorships, and Filmmaker Magazine, IFP schools its members in the art, technology, and business of independent filmmaking (there are special programs to promote racial, ethnic, religious, ideological, gender, and sexual diversity). IFP builds audiences by hosting screenings, often in collaboration with other cultural institutions and also bestows the Gotham Independent Film Awards, the first honors of the film awards season. When all is said and done, IFP fosters the development of 300 feature and documentary films each year.

Do You Want VIP access to the 2018 Gotham Independent Film Awards?

We can get you VIP tickets to the Gotham Independent Film Awards, all you have to do is contact us and hopefully, we can get you in the middle of the action.