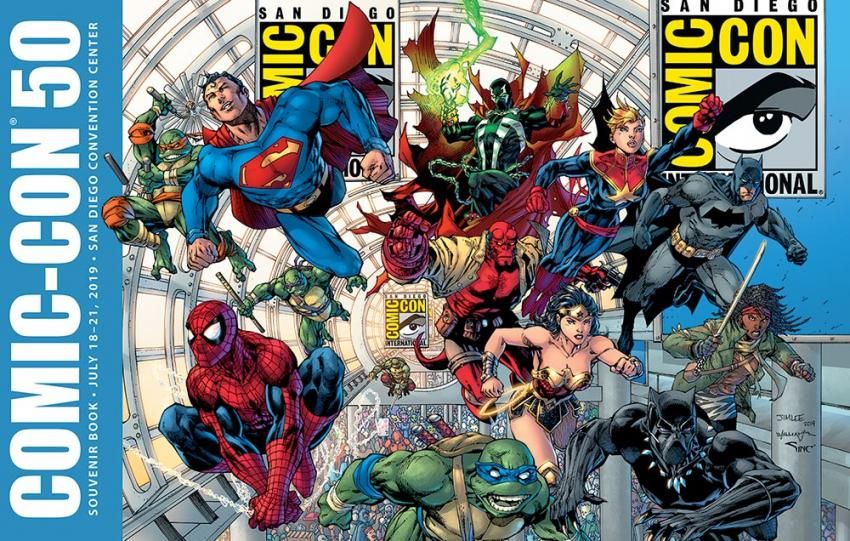 When: July 23rd – July 26th, 2020
Where: San Diego, California
For VIP Access and After Parties Inquire Within

With attendance topping 130,000 in recent years—in a convention center facility that has maxed out in space—the event has grown to include satellite locations, including local hotels and outdoor parks. Programming events, games, anime, the Comic-Con International Independent Film Festival, and the Eisner Awards all take place outside of the Convention Center, creating a campus-type feel for the convention in downtown San Diego.

Over the years, Comic-Con has become the focal point for the world of comics conventions. The event continues to offer the complete convention experience: a giant Exhibit Hall (topping over 460,000 square feet in its current incarnation); a massive programming schedule (close to 700 separate events in 2014), featuring comics and all aspects of the popular arts, including hands-on workshops and educational and academic programming such as the Comics Arts Conference; anime and film screenings (including a separate film festival); games; the Will Eisner Comic Industry Awards, the “Oscars” of the comics industry; a Masquerade costume competition with prizes and trophies; an Autograph Area; an Art Show; and Portfolio Reviews, bringing together aspiring artists with major companies.

Comic-Con has presented literally thousands of special guests at its conventions over the years, bringing comics creators, science fiction and fantasy authors, film and television directors, producers, and writers, and creators from all aspects of the popular arts together with their fans for a fun and often times candid discussion of various art forms. The event has seen an amazing array of comics and book publishers in its Exhibit Hall over the years. Over it’s four-and-a-half decade-plus history, Comic-Con International has continually presented comic books and comic art to a growing audience. That love of the comics medium continues to be its guiding factor as the event moves toward its second half-century as the premier comic book and popular arts style convention in the world.

Do You Want the VIP Experience to the 2020 Comic-Con Convention in San Diego?