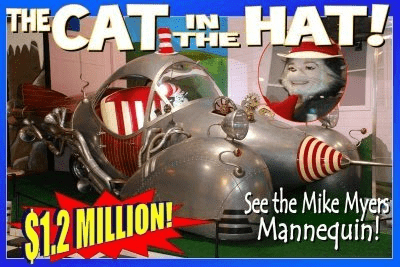 From the infamous Dr Seuss’s the cat in the hat. Driven by Mike Myers and built by Universal Studios at a cost of $1.2 million dollars. Besides its fame and glory of being a Suess mobile, it is truly a work of art. The quality and craftsmanship in building this car would impress the fussiest craftsmen out there! It is a real driving car capable of 47 mph powered by an electric motor. It is the only one in the world! The following is the builders own description of the car; early in pre-production, welch made a sketch of something that was part car, part plane and part boat. (“I wanted the car to have a sense of wit,” he notes.) What it eventually became was the s.l.o.w., which stands for super luxurious omnidirectional whatchamajigger” and which fit in perfectly with the cat’s other fantastical devices that he uses to deal with relatively simple problems. Designed by a team led by Herald Belker (who created the futuristic vehicles in minority report) and constructed by Tom Fisher’s special effects crew, the s.l.o.w. was custom built from the ground up and was electrically powered by a dozen 12-volt batteries. The fiberglass body had a sprayed aluminum finish and was accented by African mahogany paneling that gave it a passing resemblance to a Chris-Craft speedboat from the 1940s. The shape of the s.l.o.w. gave it a zeppelin-like appearance and at 23-feet long, the comparison was not that far off. The s.l.o.w. was piloted blind by a driver concealed behind the front seat. The rear-view mirror was actually a camera connected to a monitor next to the driver. Another technician stationed outside of the s.l.o.w. communicated with the driver via radio, advising him of objects beyond the camera’s field of vision and discussing maneuvers; the external technician also triggered various effects generated within the vehicle, such as flames and smoke. In addition to this astonishing car also displayed is the cat. A real, life like, statue built at a cost of $20,000 using the actual cat suit worn by Mike Myers in the movie. He looks real! 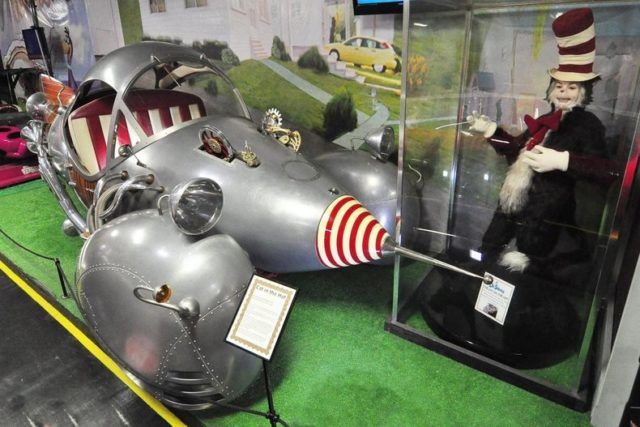 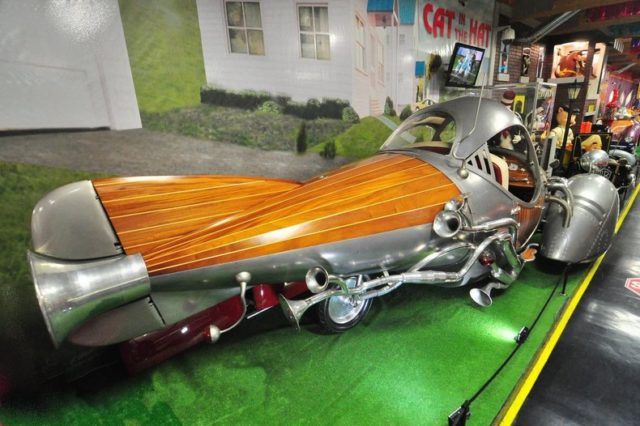 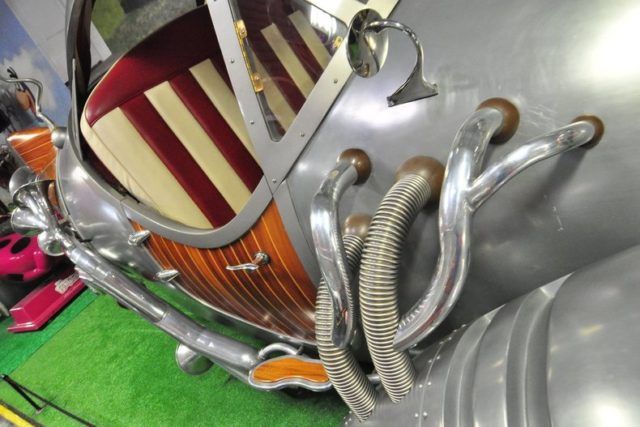 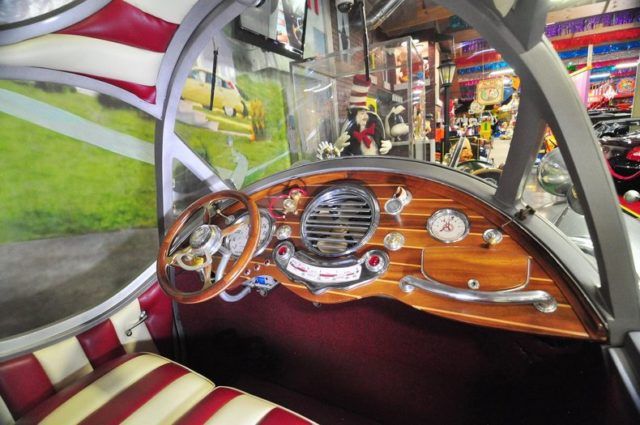 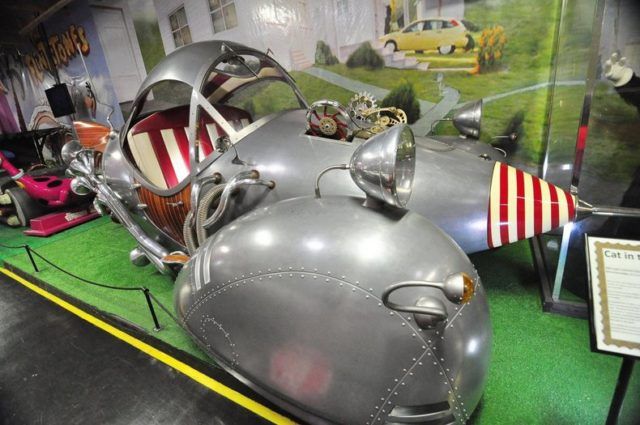 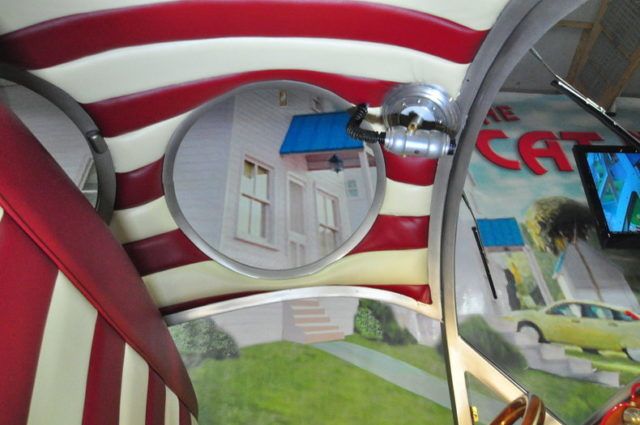 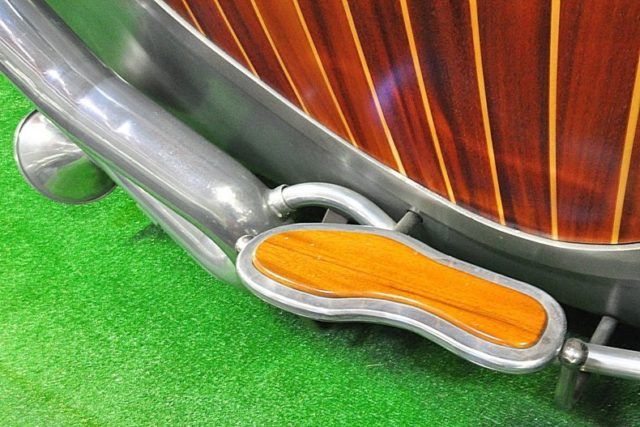 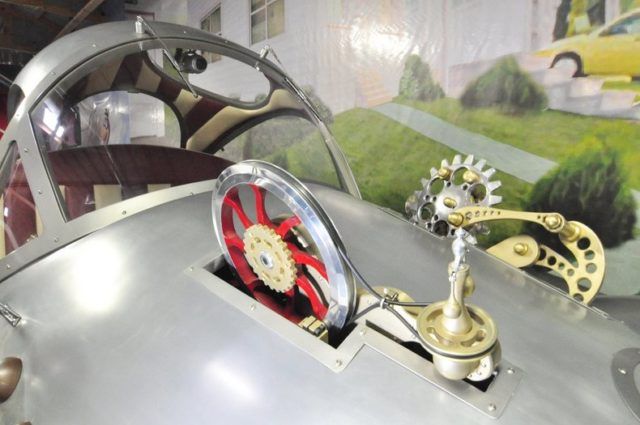