A character that is featured in several Walt Disney motion pictures starting with the 1968 feature film The Love Bug. He has a mind of his own and is capable of driving himself, and is also a serious contender in auto racing competitions.

A total of 35 Herbies were built for use in the Disney film, Herbie, Fully Loaded, starring Lindsey Lohan.This screen used version of Herbie is known and the Junk Yard Personality Car. It has seven miles of wiring, dozens of electric motors, servos and electronics to bring Herbie to life.A crew of six people would operate the switchboard which would move Herbie’s, eyes, bumper, hood, doors, visors, antenna and more to give him is human like characteristics.The rust and dirt you see on this car is known as Hollywood Make Up. It’s fake! Volo Auto Museum acquired the car directly from Disney Studios. Authentication includes a title still in Disney’s name, registration and other Disney documents. 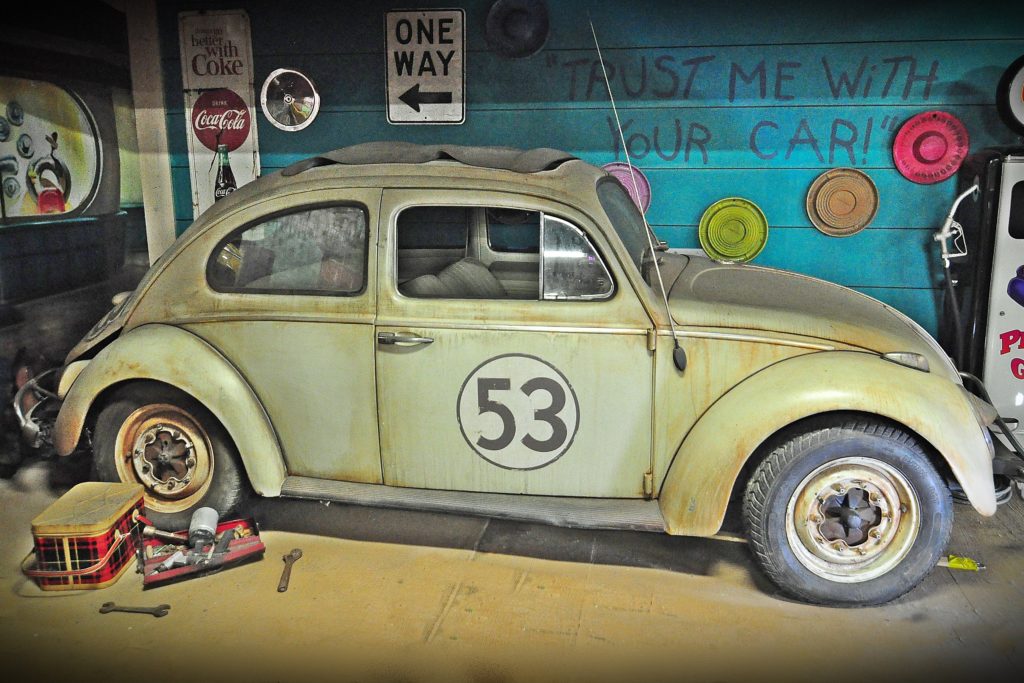 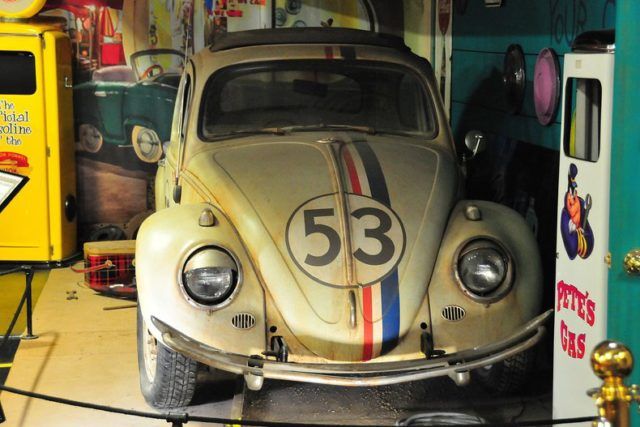 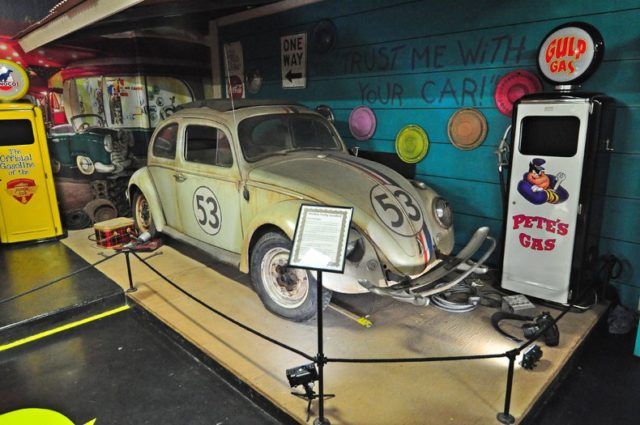 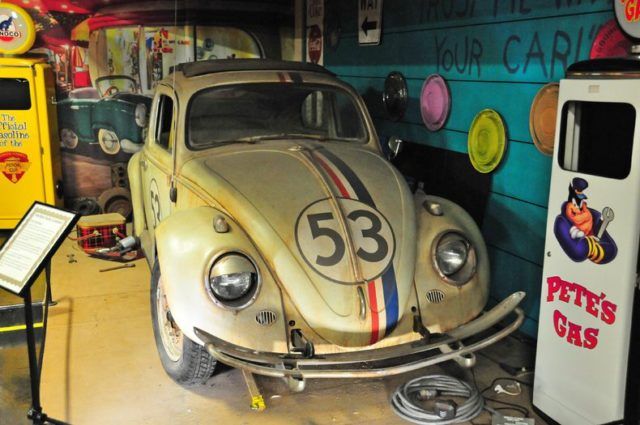 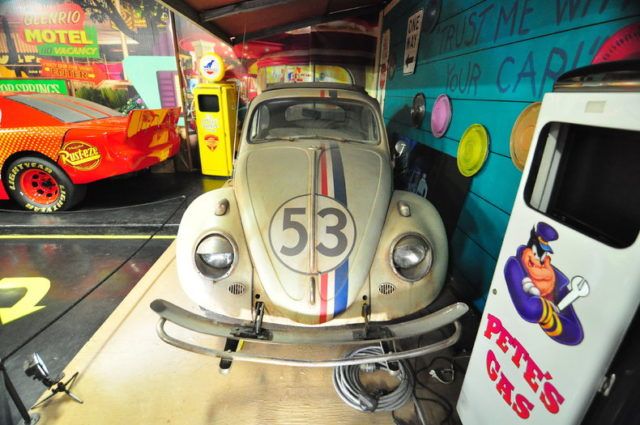 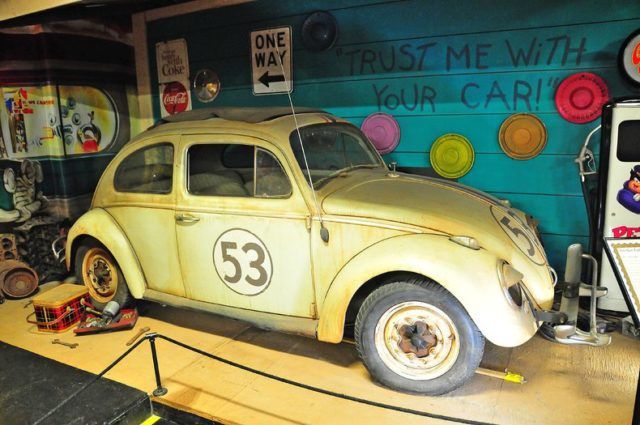 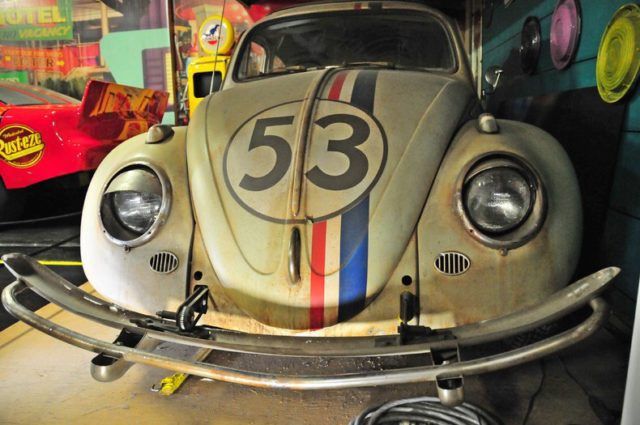 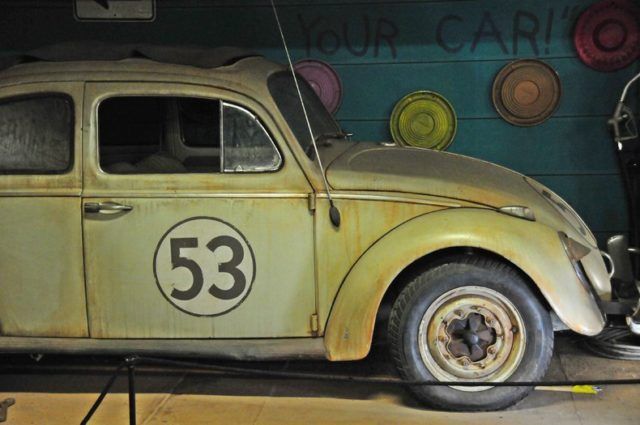 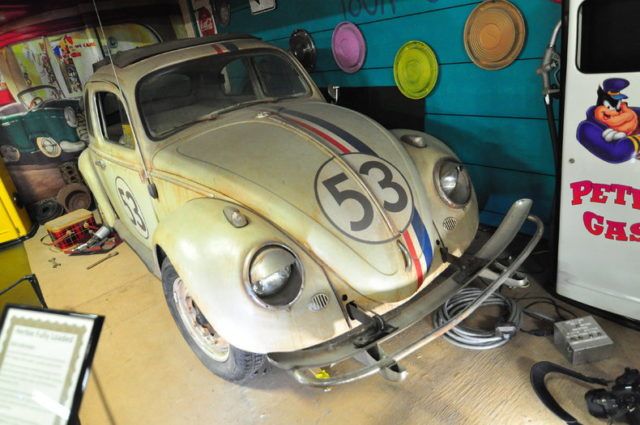 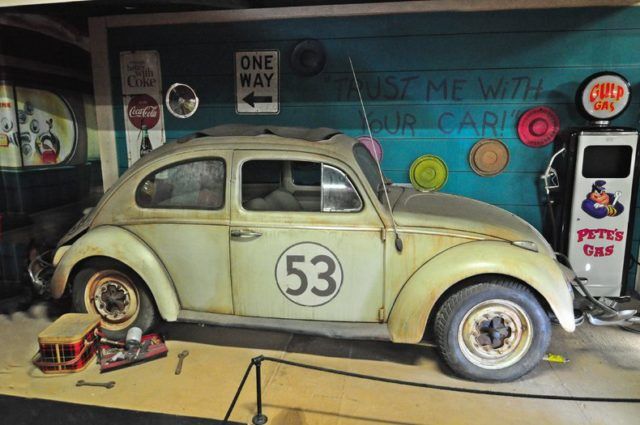