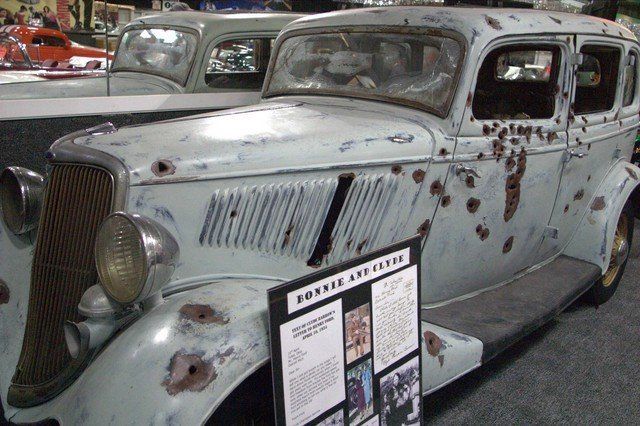 This is the car that toured during the 1930’s and thru the 1950’s as the actual Bonnie and Clyde Death Car. People would pay an extra fee at carnivals, fairs and other events to gaze upon its gruesome past. However, its past was less than gruesome. Where there is profit, there is fraud. This car is 1 of 5 fraudulent cars that that were built and toured as the real Death Car. Because of these fake cars, the owner who was displaying the real car offered a $10,000 guarantee that his was the real one. Eventually this car’s owner was prosecuted and the car confiscated. It was later bought by Warner Bros and used as template for the Death Car in their 1967 movie, Bonnie and Clyde with Warren Beatty and Fay Dunaway. In 1968 the car was purchased by the Tragedy in US History Museum where it was on display until 1993 when the museum closed. Volo Auto Museum acquired the car from a private seller who purchased the car from the Tragedy Museum. Its authentication includes sales documents and a letter from Warner Bros archive dept. 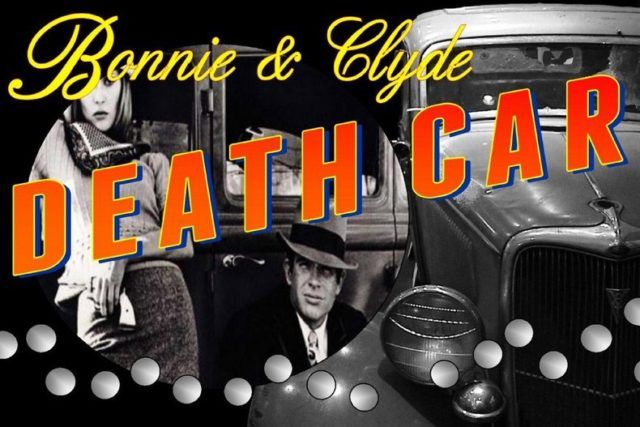